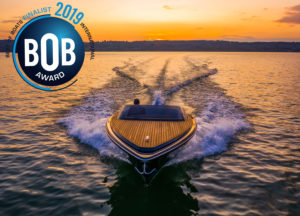 During the 2017 water sports season the Best of Boats Awards jury tested hundreds of new boat models. Finally, in September, the finalists for 2019 were announced to the public at the Cannes Yachting Festival. The 17-strong jury of experienced editorial journalists from 15 countries nominated the Marian M800 as a finalist in the ‘Best for Family´ category. More than 580 tests were conducted in cooperation with specialists, alongside discussions and detailed evaluation, to identify the best models in five Best of Boat categories. The Marian M800 was thoroughly tested. The winners will be officially announced on 21rd November at the Messe Boot & Fun Berlin.